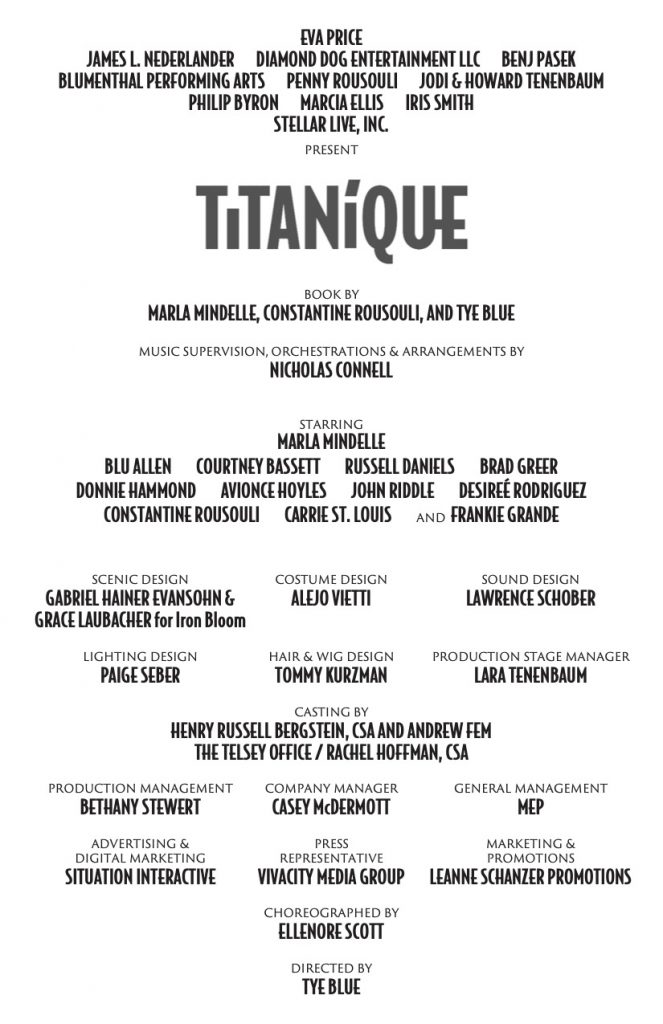 Titanique is approximately 100 minutes with no intermission 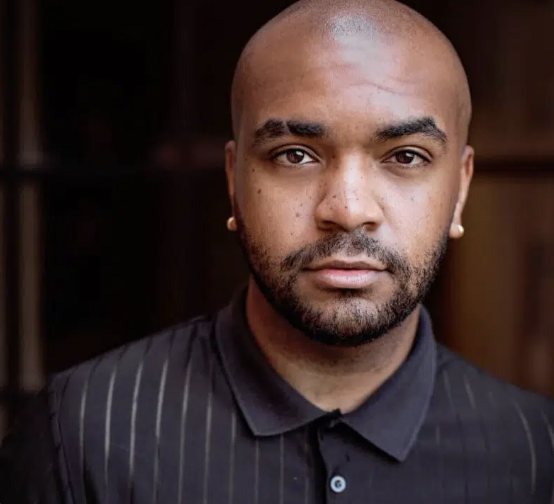 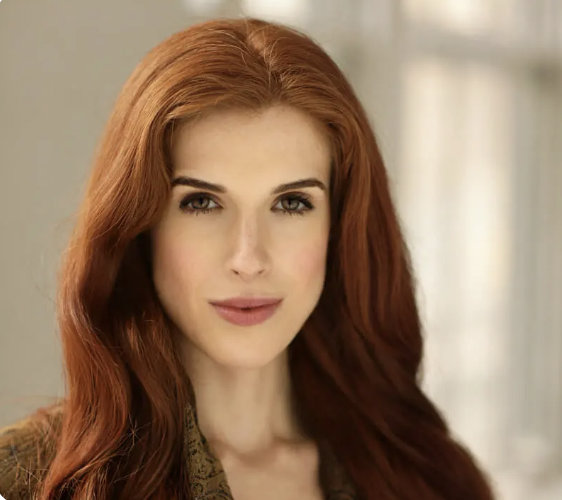 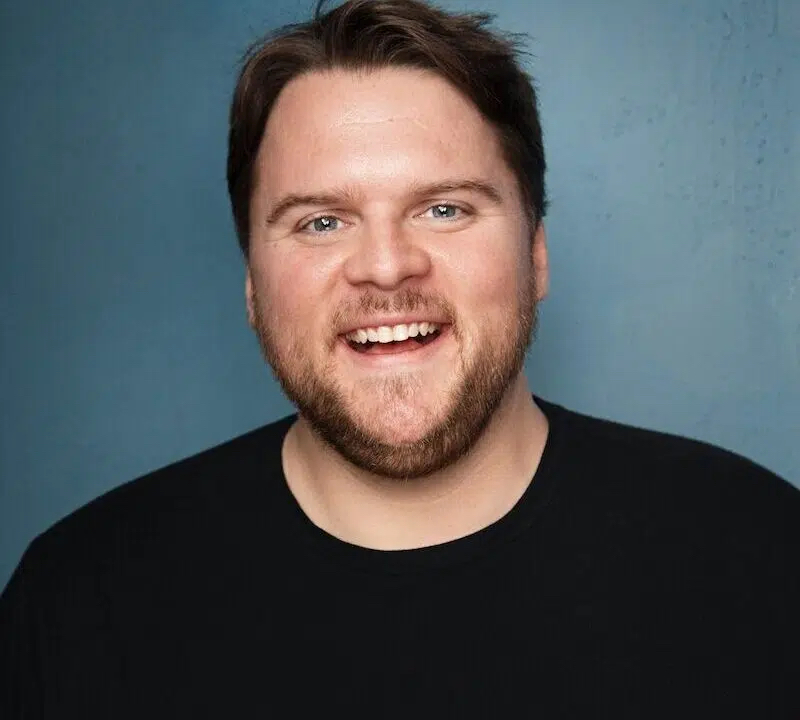 FRANKIE GRANDE (Victor Garber/Luigi) is an actor, producer, reality TV personality and the host of Nickelodeon’s SpongeBob BingePants podcast. Grande made his debut starring on Broadway in Mamma Mia! and later as Franz in Rock of Ages. Off the stage he can be found on Nickelodeon’s Henry Danger and Danger Force, Netflix’s Haters Back Off, and upcoming this fall in Summoning Sylvia, a horror-comedy film. As a producer, he has worked on Broadway shows including Hamlet, La Bete and Born Yesterday. @frankiejgrande 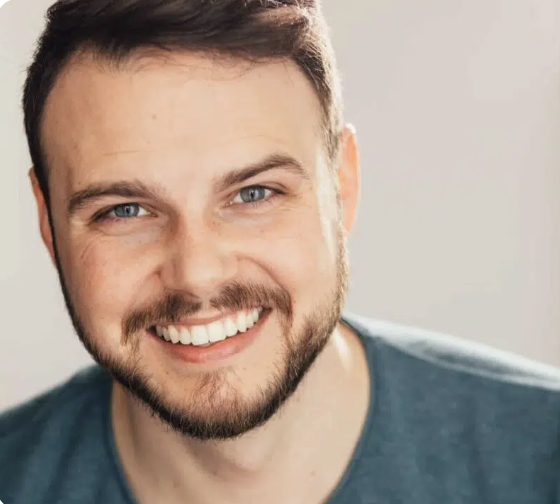 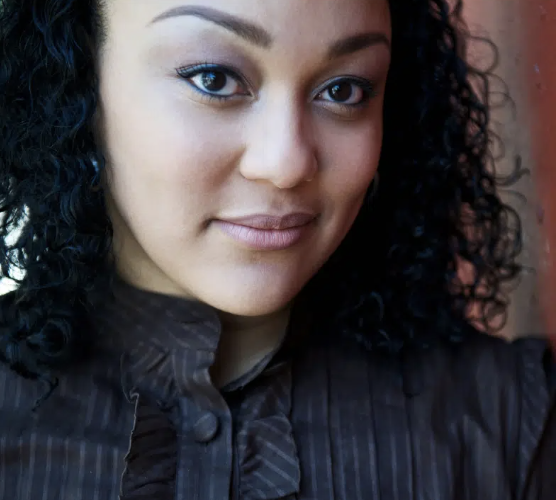 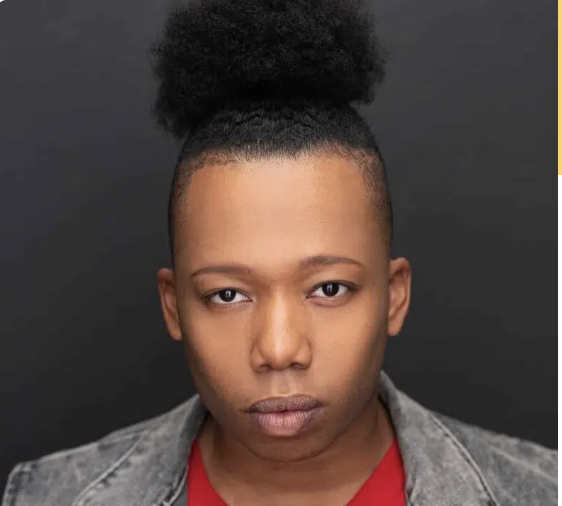 AVIONCE HOYLES (The Iceberg) is a Rock Hill, SC native and a graduate of AMDA NY. Some of his credits include; Bat Out of Hell (Off Broadway/1st National Tour)  Memphis the Musical (National Tour) Bring It On (International Tour), Jesus Christ Superstar (ACT) , Sister Act (Ogunquit Playhouse/NSMT), and Rent (The Edge). Avionce is thrilled to join this phenomenal company aboard the Titanique, special thanks to the team at Kreativ Artists. Ephesians 3:20 @avioncehoyles 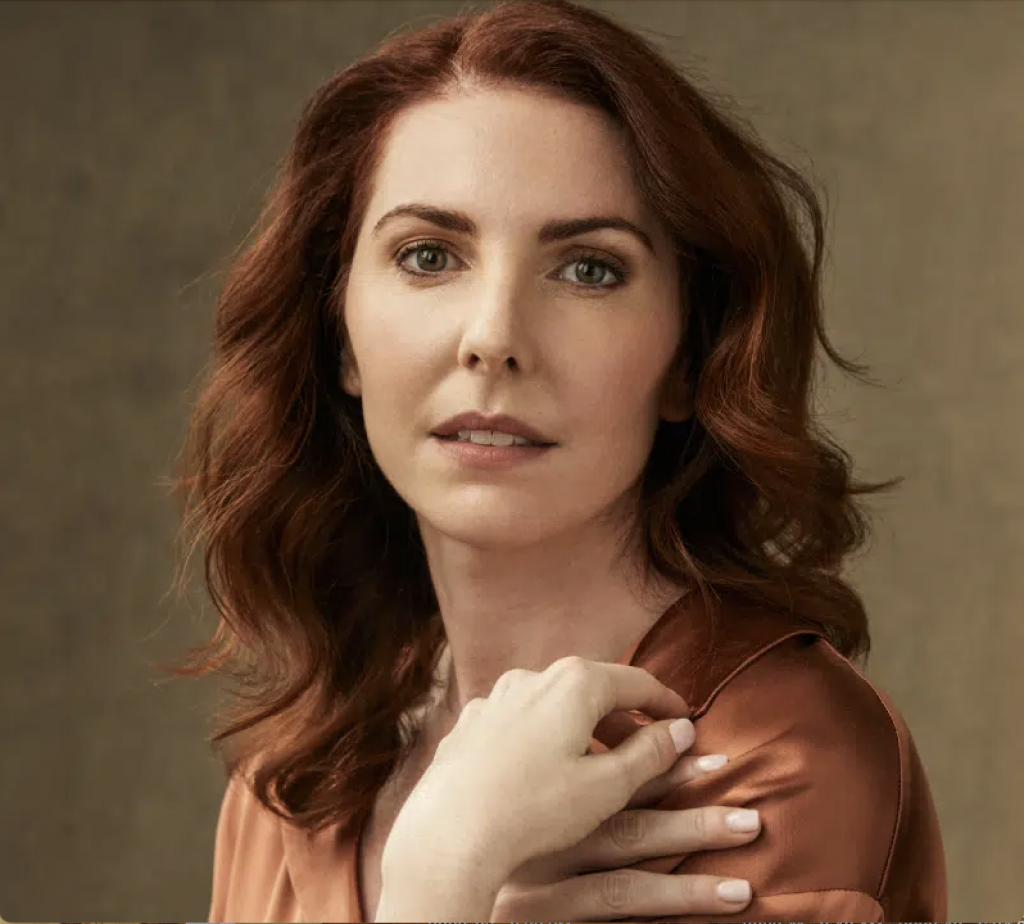 MARLA MINDELLE (Celine Dion, Co-Author) can be seen as Olivia on the Emmy-nominated Netflix series, “Special.” She received an Outer Critics Circle Nomination for her portrayal of Sister Mary Robert in the original Broadway company of Sister Act. Other Broadway/National Tour credits include Stepsister Gabrielle in the original Broadway company of Cinderella, South Pacific, and Kitty in The Drowsy Chaperone. Her musical feature film screenplay, The Big Gay Jamboree, was recently sold to Paramount Pictures and will be produced by Academy Award-nominated actress Margot Robbie. Website: marlamindelle.com | Instagram: @marlamindelle 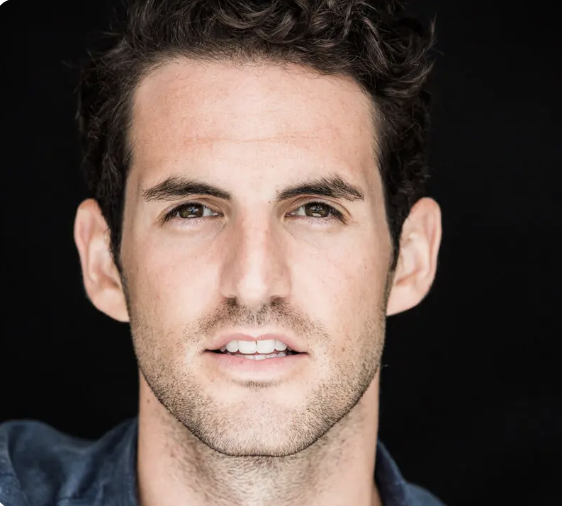 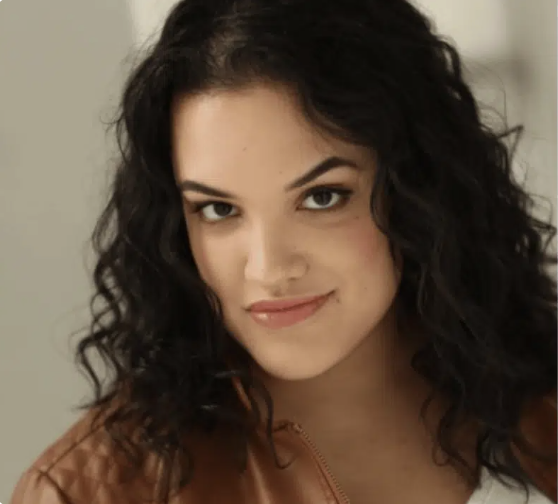 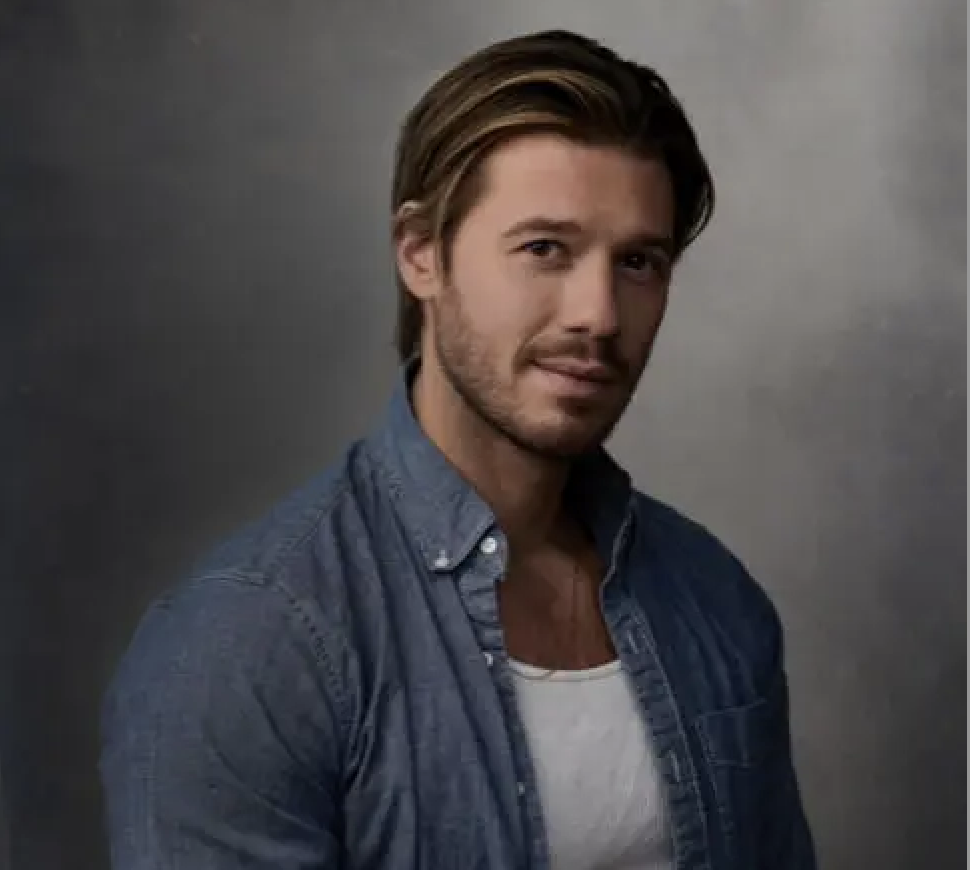 CONSTANTINE ROUSOULI (Jack, Co-Author) Not only one of the creators of this kooky, wacky, nostalgic new musical comedy, he is also playing the iconic role of Jack Dawson made famous by none other than Leonardo DiCaprio. He was most recently seen in Cruel Intentions Off Broadway as the suave and manipulative Sebastian Valmont. He also just wrapped his first film as a supporting lead opposite Naomi Watts in a new Blumhouse feature called This is the Night. TV: AJ and the Queen (Jordan) 9-1-1 on Fox (Miles) The Other Two (Justin), Charmed (Hunter Caine), The Deuce, HBO (Felix Smash), How to be a Vampire, The CW (Gustav), Handy, Comedy Central (Phil Angie’s). PBS Special (Broadway at the White House). Broadway: Hairspray (Link Larkin), Wicked (Fiyero), GHOST (Sam Wheat standby). National Tours: Hairspray (Link Larkin), Legally Blonde (Warner Huntington III), Wicked (Fiyero u/s). 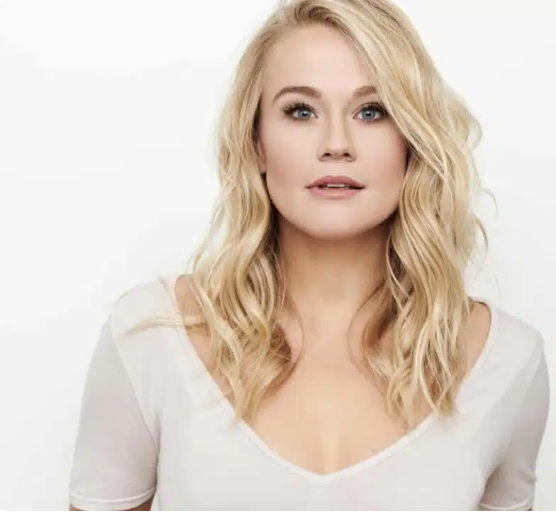 CARRIE ST. LOUIS (Rose) was last seen in the Tony Award-winning musical Kinky Boots on Broadway as Lauren. She is best known for her portrayal of Glinda in Wicked on Broadway and in the national touring company. Carrie opened the Las Vegas company of Rock of Ages at the Venetian Hotel as Sherrie and then went on to play the role on Broadway at The Helen Hayes Theater. She originated the role of Annette in Cruel Intentions: The ‘90s Musical Off Broadway, and her voice can be heard on the Original Cast Recording which topped the Billboard Broadway chart. Her television credits include roles on “Elementary” (CBS), “Blindspot” (NBC) and “Younger” (TV Land). Her solo show, Something Good, which she debuted at Feinstein’s/54 Below, has been performed in cities across the US. A graduate of USC’s Thornton School of Music, Carrie is also an esteemed vocal coach with a private vocal studio in New York City (@thecarriestlouisstudio). More information: carriestlouis.com

TYE BLUE (Director, Co-Author) is a producer and director whose work spans television, theatre, and music. TV credits include: 4 seasons on the Emmy Award-winning casting team of “RuPaul’s Drag Race,” “Project Runway,” “Nailed It,” “Say, I Do!,” “Snoop Dogg’s Jokers Wild!,” “The Real Housewives,” “Catfish,” etc. He has been perfecting the Titanique pop-culture parody genre for several years in Los Angeles, directing and co-creating musical adaptations of Mean Girls, The Devil Wears Prada, Troop Beverly Hills, The Big Lebowski, and Hocus Pocus at Rockwell Table & Stage. NYC & Regional Directing credits include Altar Boyz, Little Shop Of Horrors, The Drowsy Chaperone, The Rocky Horror Show, One Nation Under, Hunny Bunny Hot Box, Beyond Therapy, and Popcorn. Tye created Rumer Willis’ cabaret debut at The Cafe Carlyle and produced its subsequent national outing, the Over The Love Tour. Other music work includes concerts and tours for Isabela Moner, Brian Justin Crum, the Houston Pride Committee, and the long-running For the Record series in LA. He studied voice and saxophone at Berklee College of Music and theatre at Sam Houston State University. Web: itstyeblue.com. Instagram: @TyeBlue1

ELLENORE SCOTT (Choreographer) is a choreographer, performer and creative director. In Spring 2022, Scott choreographed the Broadway productions of Funny Girl and Mr. Saturday Night. Scott choreographed the Off-Broadway production of Little Shop of Horrors. She also served as the associate choreographer for Head Over Heels and King Kong on Broadway, and she was the assistant choreographer for the Broadway revivals of Cats and Falsettos. She choreographed Kate Hamill’s Off-Broadway’s production of Pride and Prejudice and Jeremy O. Harris’ Black Exhibition. She is the Artistic Director of ELSCO Dance, a New York contemporary dance company. During the pandemic, Scott choreographed Ratatouille: The TikTok Musical directed by Lucy Moss, which raised over $2 million dollars for The Actors Fund. As a performer she was a finalist and an All-Star on the hit television show “So You Think You Can Dance.” She performed on numerous television shows (“Glee,” “Smash,” “The Ellen Show,” “The Blacklist,” “Marvelous Mrs. Maisel” to name a few) and danced with Janet Jackson. Scott is also a content creator, with over 1 million followers on TikTok under the name @EllenoreShoto.

NICHOLAS CONNELL (Music Supervisor, Orchestrations and Arrangements) is a singer/songwriter, music director, producer, and arranger. He has a B.M. in Songwriting from Berklee College of Music and is currently a senior faculty member at the American Musical and Dramatic Academy (AMDA). MD credits: Brent Spiner’s In Search of Lost Time, For The Record: The Brat Pack (NCL), The Color Purple (2015 IRNE Award for Best Music Direction), In The Heights (2014 IRNE), Xanadu, Next To Normal (Speakeasy Stage). Nicholas can be seen playing piano on ENCORE! (Disney+) and on his Youtube Channel which has garnered 15,000+ subscribers and 9.8 million views. @nicholasconnell

PAIGE SEBER (Lighting Design) is a lighting designer for theatre, dance, opera, and music based in New York City. Her work has been seen onstage at Minetta Lane, The Joyce, Roulette Intermedium, The Skirball Center, The Wild Project, Riverside Theatre, Dixon Place, Symphony Space, and The Flea. Paige is a proud member of Song Session Collective and United Scenic Artists 829. For more about her work visit seberlighting.com

HANNAH FRYE-GINSBERG (Assistant Stage Manager) is over the moon to be aboard this kooky ship! Hannah is a stage manager and production manager living in BedStuy, Brooklyn. She recently was a part of the production management team for Mr. Saturday Night, MJ the Musical, and Diana. She would like to thank her family for supporting her theatrical dreams from such a young age; Becca, Clarissa, and Casey for being an amazing team; and the entire cast and crew of Titanique for welcoming her aboard with open arms!

BETHANY WEINSTEIN STEWERT (Production Manager) Credits Include: Between the Lines, The Jimmy Awards, What the Constitution Means to Me (Broadway and National Tour), Tinsel, Is There Still Sex in the City?, The King’s Speech, Torch Song, Lobby Hero and Straight White Men. Bethany has production managed at Aurora Productions, Williamstown Theatre Festival, Manhattan Theatre Club, Atlantic Theater Company, Second Stage Theater, and Woolly Mammoth Theatre Company. She is the founder of Stewert Productions and an adjunct professor at Fordham University and Marymount Manhattan College.

THE TELSEY OFFICE (Casting) With offices in both New York and Los Angeles, The Telsey Office casts for theater, film, television, and commercials. The Telsey Office is dedicated to creating safe, equitable, and anti-racist spaces through collaboration, artistry, heart, accountability, and advocacy.

JAMES L. NEDERLANDER (Producer) President of Nederlander Organization and son of the late James M. Nederlander. Credits: Mr. Saturday Night starring Billy Crystal, Tina: The Tina Turner Musical, Plaza Suite, The Lehman Trilogy, Thoughts of a Colored Man, Jagged Little Pill, To Kill a Mockingbird, My Fair Lady, On Your Feet!, Meteor Shower, The Elephant Man, I’ll Eat You Last, Next to Normal, The Color Purple, Movin’ Out, and many others. Upcoming: Kimberly Akimbo, Some Like It Hot.

DIAMOND DOG ENTERTAINMENT LLC (Producer) is a production company founded by Joan Grande with partners Frankie Grande, Doug Middlebrook, and Chadd McMillan. The team has spent their careers in the industry, each bringing their own set of unique and valued perspectives. DDE is focused on fostering talent in a collaborative environment and investing in diverse projects that seek to change the landscape of the entertainment world. This season Diamond Dog Entertainment produced the 2-time Tony Award winning play Dana H on Broadway.

BENJ PASEK (Producer) is an Oscar, Grammy, and Tony award-winning creator who once had tickets to see Celine Dion in Las Vegas but had to miss the show because of a work commitment. He regrets that decision every day, and is excited to be aboard this ship to make up for his bad prioritization. Ahoy, mateys!

PENNY ROUSOULI (Producer) Excited to be a member of the Titanique team! Much Success to the Cast and Crew on their run and future runs of Titanique!

JODI AND HOWARD TENEBAUM (Producer) made his Broadway debut with the Tony Award-winning Jagged Little Pill in 2019 and followed up on the Tony nominated Mr. Saturday Night, staring Billy Crystal. Howard is thrilled to be a part of the Titanique family.

PHILIP BYRON (Producer) is thrilled to be on this magical journey with Titanique! The Emmy Award winning producer is rounding out his sixth year as the SVP of Unscripted/Documentaries at The SpringHill Company where he produces projects for HBO, Netflix, Apple, YouTube, Disney+, CNN and more. The Baltimore native is a graduate of Boston University’s College of Communication and is the proud owner of the Titanic VHS boxset. Thank you family and friends for boarding the ship!

MARCIA ELLIS (Producer), from Charlotte NC, has spent her professional career in the field of Organizational Development and Leadership Coaching. Her most satisfying “role” has been as Mom to her daughters Evin, a passionate equestrian, and Alex, who played Rose in Titanique. Seeing this show evolve has been so much fun to watch. Kudos to all the talented and dedicated contributors!

STELLAR LIVE INC. (Producer) is the only full-service livestream partner for live entertainment organizers to deliver premium interactive online shows to paying audiences. Stellar enables producers to sell tickets to a global audience, manage customer data, securely stream events, and accept payments. Launched in October 2020, Stellar was created to aid an industry in need of audiences and revenue during the pandemic. The platform continues to gross millions in ticket and merchandise sales for event organizers. 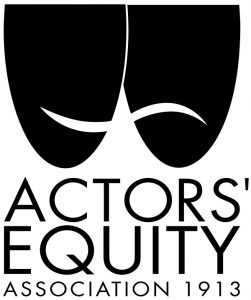